Positive thinking to me simply means focusing on a better outcome in any given situation. For example, when you find yourself in difficult circumstances that you cannot control, you can either choose to think positive or negative. For instance, a few days ago, I woke up, got my daughter ready for the kindergarten, made breakfast for her and my husband, 30 minutes later they both left. So I tided up a bit, took a shower, got dressed, made myself breakfast, sat down to eat, my typical morning routine. Then I picked up my phone and the first app I clicked on was my Instagram. It turned out that I’ve lost 20 followers since the previous night. Immediately my heart breaks, I began thinking what I was doing wrong, maybe I should just delete the app, what’s the point anyway, every one it’s growing but not me blah blah blah blah. My husband calls me a thinker, according to him, when something starts bothering me, I really go deep in it. So for a while, I have been doing a lot of research about positive thinking and how I could start focusing on the positives instead of the negatives. Sometimes it’s had to see what’s right in front of you, all the good things you have going for you. You neglect all the positives things in your life by choosing to focus on the challenges. a positive mindset doesn’t necessarily mean you are unaware of how challenging the situation you’re in is or that you are living in a land of rainbows and unicorns, It simply means you are choosing to look at the bright side of that situation and say it could be worse. So after much research, these are the three steps that I have come up with and have been practicing to help shift my mind from those negative what-ifs to replacing them with positives ones.

2. Saying no to my negative thoughts. Now that I have started recognizing the patterns of my thoughts, I can now start saying no to them. I’ve heard some people say that when they start getting negative thoughts, they talk to themselves quietly by saying no! I have been practicing this and it seems to work somehow. However, what I’ve realized is that it gradually goes away, or it becomes easier to push away.

3. Realizing that I am not my own thoughts because I can choose which thoughts I want to focus on. A good example is when my mind tells me that someone else is better than me, and I believe it or dwell on it for a little while, this will eventually lead to me being depressed or sad because I am now concentrating only on that thought which isn’t true. That’s the reason I believe it’s important we start realizing that we can choose which thoughts we want to focus on.

I hope you find these 3 steps interesting, if you have any suggestions, I would be more than happy to hear it.

You may also enjoy:

Hey there, welcome to the optimistic girl. I’m Amara. A fashion enthusiastic and an idealistic person. I live each day by gratitude and appreciating life in general. Hope you stick around much longer. 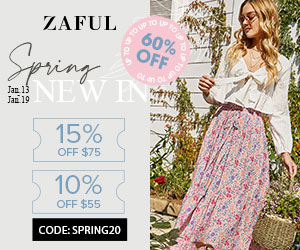